We were unable to meet in January, but a lot of our members were able to make progress on some great projects!

Our next club meeting will be on Saturday, February 27. Happy Modeling! 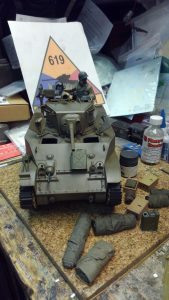